Everyone agrees that driving and alcohol do not go together. Therefore, the lawenforcement conduct sobrietychecks to detect intoxicated drivers. When someone exhale into the screening instrument and is found to be drunk, the person is obligated to take another breath test in an Evidenzer. The evidenceinstrument measures the accurate alcohollevel of the exhaled air and the result is valid in a court.

Evidenzer is an IR-based evidence-based instrument used primarily by the law-enforcement. The instrument is available in two different versions, Evidenzer Classic and Evidenzer Mobile. Classic is used as connected to a personal computer with sampling software that shows the measurement result. Mobile has a keyboard, screen and printer built-in for control and printing. The Evidenzer models are robust and developed to be able to handle outdoor environments with varying temperature conditions and to be moved between different locations such as cars, buses, boats and helicopters. Both instruments are based on infrared (IR) technology, which is a very specific method for analyzing the effects of volatile substances, so-called hydrocarbons, on exhaled air.
The measured values ​​have a high selectivity, ie the ability to determine which substance affects. By measuring the absorption of infrared light at several different wavelengths, it is possible to determine with certainty that the effect really comes from alcohol (ethanol).

Many alcotesters are able to detect alcohol and give an approximate measurement value. It is often enough to make a sieve of people with alcohol in the body. An alcohol breath test in an Evidenzer is performed through a mouthpiece. The instrument measures the ethanol content at four different IR wavelengths, carefully selected to be able to distinguish ethanol from other substances as efficiently as possible. Evidenzer differs markedly from similar instruments in several ways and has since the autumn of 2001, the same evidential value as blood samples. Data is stored in Evidenzern and used by lawenforcement to prosecute people for drunk driving..

Evidenzer has been used by the Swedish law-enforcement as an evidence-testing instrument for breath tests for more than 15 years. The Norwegian, Finnish Danish and Irish police also have the Evidenzer. Every year, all instruments are serviced and calibrated. 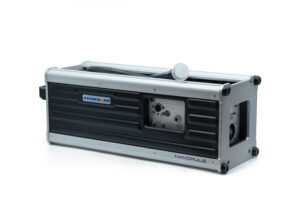 If you are interested in Eividenzer, please send us a message and we can present the possibilities for alcohol control to you.